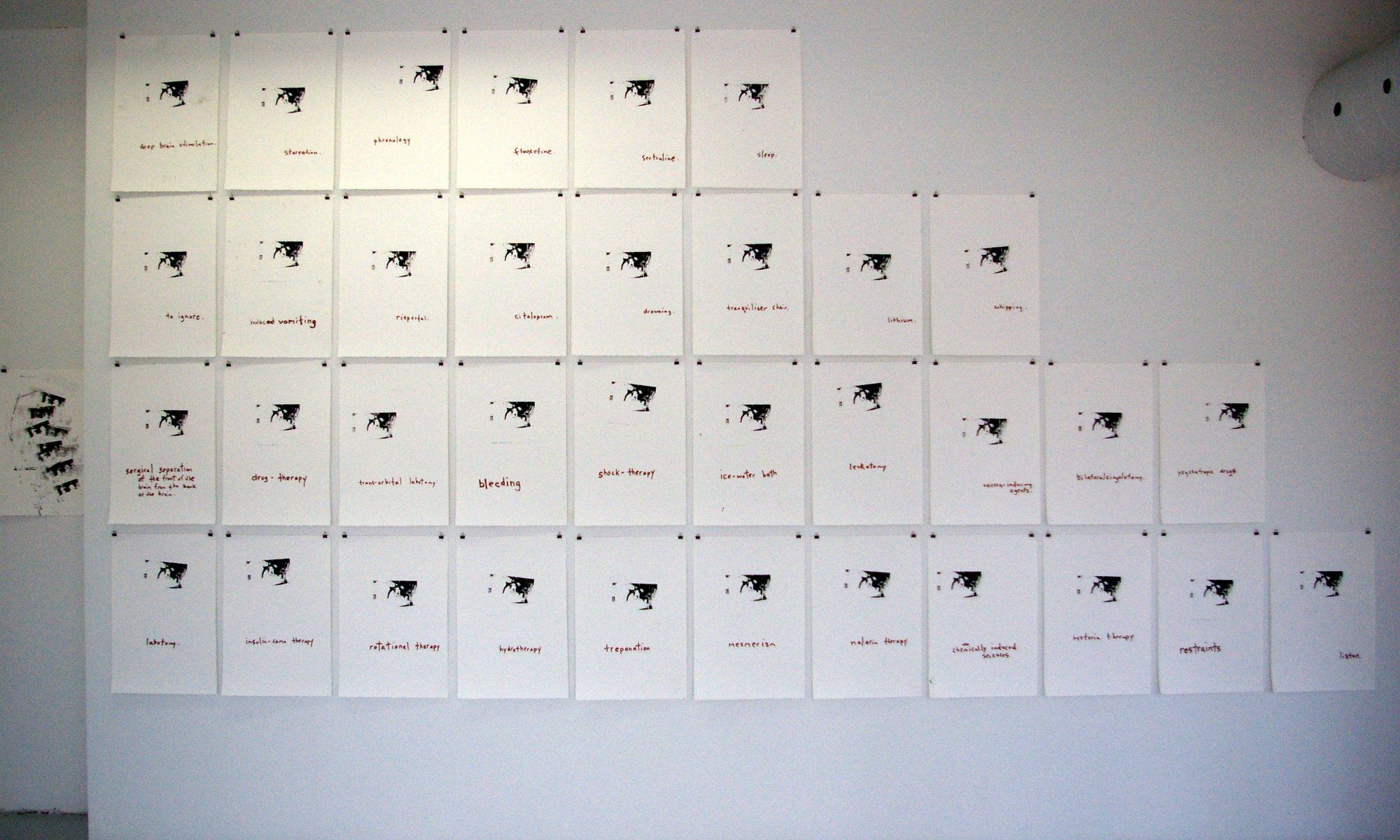 – graduated from a Journalism and New Media program at St. Clair College in Windsor, Ontario

– graduated with a Bachelor of Fine Arts (Honours) at Algoma University in Sault Ste. Marie, Ontario with a minor study in English literature

Deaf and Disability Arts Grant from The Ontario Arts Council – 2018

“Motion and Degradation” in Windsor, Ontario at Kush Lounge – Nov. to Dec., 2003

“Communicating With The Mentally Ill” in Toronto, Ontario at Gallery 1313 –July 2011

The Timmins Daily Press –  “Shedding light on a dark corner in the treatment of mental health,” by Richa Bhosale, March 9, 2020

“Paintings From Film” in Victoria, B.C. at the Greater Victoria Arts Council – Jan. to Feb., 2005

“The Medicine Factory” in Sault Ste. Marie, Ontario at The Art Gallery of Algoma – Summer 2011

“Art In The Park Preview” in Sault Ste. Marie, Ontario at The Circle Of Creative Arts – July 2011

– a collaborative installation for “The Unseen Exchange” exhibition in Sault Ste. Marie, Ontario at The Circle of Creative Arts

– created 3 series of hockey cards with drawings done of hockey greats and history makers which have been sold all over North America called C.Shoust Hockey Cards

– formed a group of artists that travel around Northern Ontario on retreats to get back to nature. Formed in 2008, with Shelly Fletcher, others attend at their convenience to be inspired by nature around them. The mediums that the work translates into range from drawing, painting, sculpture and printmaking. Inspired by the Group of Seven, this group does not discriminate to only drawing or painting

.- past member of The 360 Sault Media Arts Collective where I gave several lectures on film theory/history and video editing as well as fixed equipment for the collective and other administrative duties

– is continually taking commissions to silkscreen clothing and art posters

– printed and designed a catalogue of close to 50 students from Algoma University fine arts classes, of all grade levels and experience, funded by the student’s union in 2008

– had a painting published in Ecology and Action Magazine in Halifax, Nova Scotia

– “Smogfest” 2003 and 2004 for the Citizen’s Environmental Alliance in Windsor, Ontario

– submitted work for a 25th anniversary fundraiser for Common Ground Gallery in Windsor, Ontario in 2011

– “Bollywood at the Gallery” in 2011 to raise funds for the Art Gallery of Algoma, Sault Ste. Marie, Ontario